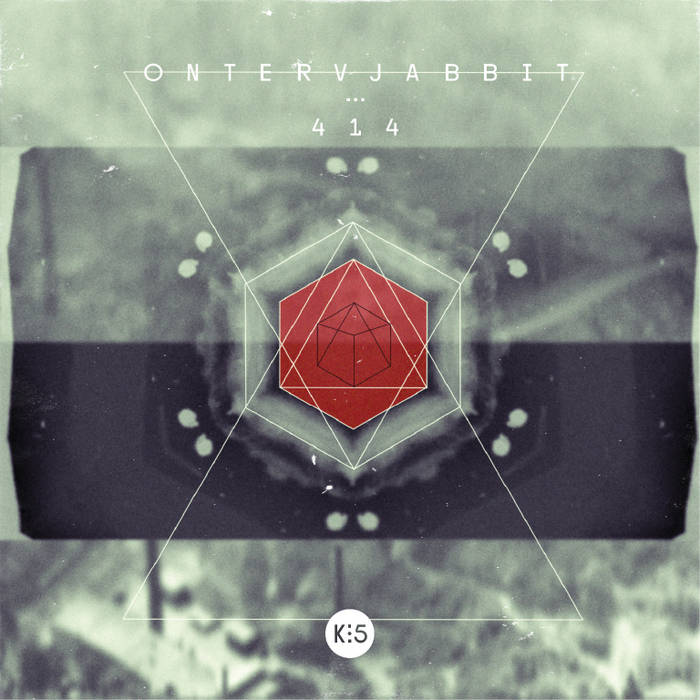 While short, Ontervjabbit's embryonic period has most certainly seen the hyper productive duo matching up with the quantitative standards of the underground noise community, where the stakes are always placed with frequent live performance - face to face / scalp to scalp field work. It's about the rawest forms of expression, the shrapnels of static pulling away from the surface noise, the depersonified primal violence unmasking any facade. But from the very beginnings, Neven M. Agalma (Dodecahedragraph, Cadlag, Sevenborn and Rasturen) and Domen Učakar (Icarus Down, Neon Spektra) have also run a traceable vector of concretization and direction. 414 demonstrates this in actualised form, offering a rounded up aesthetics, an upgrade of improvised material based on decisions towards narrative logics breathing in air of color and stylistic variety.
This is why the music seems like a stubborn push against the borders resembling an ongoing necessity to trace each repercussion and each new direction following an action. Like an active induction of the absence of any rules or symmetry - the mathematical illusion of harmony and rhythm drowned in sound. Like focused panoramic view, a particularization of passions set to confirm the unintelligible borders of chaos... It's how their reaching outwards spells… -- Žiga Pucelj

We must name a few people who helped us, or are in any way connected, who supported us and with whom we still cooperate: Simon Šerc (Pharmafabrik Recordings), Jaka Tavš (helped us with the mastering), Dino Lalić (Radio Študent FM89,3), Žiga Pucelj (Radio Študent FM89,3) and the guys from France who supported us on their blogs and radio from the very beginning, Kevin Carnaille (Have Faith In Sound) and Rabbit (Indie Rock Mag & Des cendres à la cave) and finally Luka Prinčič (Nova deViator) and Kamizdat label for releasing the presented material.